Miguel and Wale released a fantastic remake of Elton John’s “Bennie and the Jets.” 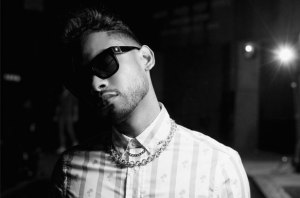 You might be rolling your eyes because a lot of hip-hop remakes fail to capture the essence of the original song. Give this one chance, though. You’ll thank me later.

Miguel’s soulful voice and vocal runs add a new aspect to the song. He changes the composition and production enough that it doesn’t feel like he is copying the original. The addition of the electric guitar and the alterations to the piano line create a new, vibrant feeling to the tune. I love the new take on this song, and even Elton John applauded it by saying, “Miguel’s done a fantastic job. It’s important not to copy, and that’s what Miguel did.”

I could have done without Wale’s rap verse and would have been more satisfied with Frank Ocean, but all in all, it’s a fresh remake of a fantastic song.

Hi, I'm Allie. I like to fangirl and write about music.

While you're here, check out my friends band, Falling Into Fire and A Song I Like A Lot!